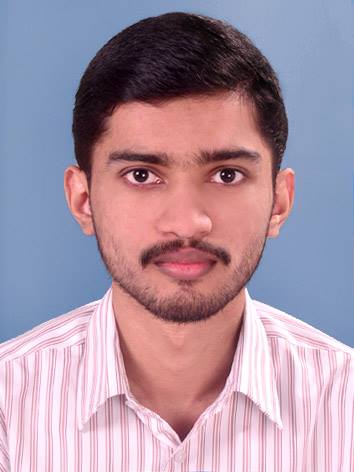 Just another human being , Software Engineer at Gitlab

Ruby 2.4 got released this Christmas with lot of exciting features. One of the most underrated features in ruby 2.4 is hash table improvements. Before going into details about implementation, let’s first check the benchmark to know how this change gonna affect your ruby application.

In other words, it is a data structure that allows you to store key value pair and helps to fetch specific data using the key in an efficient way. Unlike arrays, you don’t have to iterate through all elements to find a given element in the hash. If you are new to this data structure, check this s50 for the better understanding. Ruby internally uses a structure called st_table to represent hash. st_table contains type, the number of bins, the number of entries and pointers to bin array. Bin array is an array with 11 default size and can grow when required. Let’s take an example of hash and see how it will be represented using above diagram.

First thing ruby does is it will take the hash of the key using the internal hash function.

After getting the hash value, result ?it takes modulo of 11 to get figure in which bin ruby can store the given pair

What if there are multiple modulo operations that give the same result? This is called hash collision. To resolve this, ruby uses a separate chaining approach i.e, it will make a doubly linked list and add it to the existing value in the bin

What if the hash is too large ?? Linked list will start growing and will make the hash slower. So, ruby will allocate more bins and do an operation called Rehashing to utilise newly added bins.

In ruby 2.0, Ruby eliminated the need for extra data structures for smaller hashes and uses linear search for better performance.

In ruby 2.4, Hash table is moved to open addressing model i.e, we no longer have the separate doubly linked list for collision resolution. Here, we will be storing records in the entries array itself i.e, there is no need of pointer chasing and data will be stored in the adjacent memory location (Data locality). The hash table has two arrays called bins and entries. Entry array contains hash entries in the order of insertion and the bin array provides access to entry the by their keys. The key hash is mapped to a bin containing the index of the corresponding entry in the entry array.

Ruby will insert an entry to entries array in sequential order.

Ruby will identify the bin from which the entry is to be mapped. Ruby uses first few bits of the hash as the bin index, Explaining the whole process is beyond the scope of this article. You can check the logic in MRI source code here

Let’s examine it with a sample hash **

Here, ruby will create two internal arrays, entries and bins as shown below

each record in entries array will contain a hash, key, and value respectively

Now what if we want to fetch an element from hash, say ‘c’

Step 4. Find the entry using the key we got

If the item to be deleted is first one, then ruby will change the index of ‘current first entry ‘, otherwise ruby will mark the item as reserved using a reserved hash value.

To summarise this approach made hash implementation in ruby faster because the new bins array stores much smaller reference to the entries instead of storing entries themselves. Hence, it can take advantage of the modern processor caching levels

** Small hashes will use the linear search to find entries from ruby 2.0 onwards to avoid extra overhead and improve performance. Given example is just for reference only.

The alleged GPL violation in a ruby library called mimemagic which broke builds of rails projects across the world brought discussion of Intellectual propert...